Robots in health care could lead to a doctorless hospital 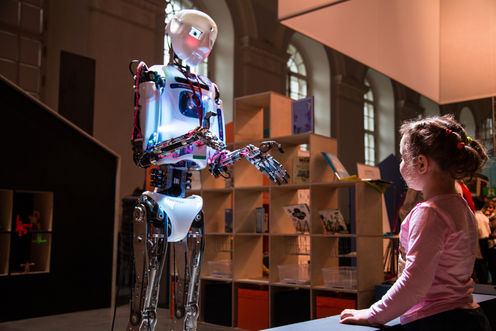 Imagine your child requires a life-saving operation. You enter the hospital and are confronted with a stark choice.
Do you take the traditional path with human medical staff, including doctors and nurses, where long-term trials have shown a 90% chance that they will save your child’s life?
Or do you choose the robotic track, in the factory-like wing of the hospital, tended to by technical specialists and an array of robots, but where similar long-term trials have shown that your child has a 95% chance of survival?
Most rational people would opt for the course of action that is more likely to save their child. But are we really ready to let machines take over from a human in delivering patient care?
Of course, machines will not always get it right. But like autopilots in aircraft, and the driverless cars that are just around the corner, medical robots do not need to be perfect, they just have to be better than humans.
So how long before robots are shown to perform better than humans at surgery and other patient care? It may be sooner, or it may be later, but it will happen one day.

But what does this mean for our hospitals? Are the new hospitals being built now ready for a robotic future? Are we planning for large-scale role changes for the humans in our future robotic factory-like hospitals?