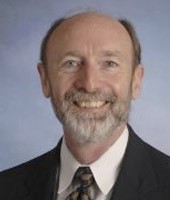 Hearing socially meaningful sounds can change the ear and enable it to better detect those sounds, according to researchers at Georgia State University who studied the phenomenon in green treefrogs.

The findings are published in the Journal of Experimental Biology.

“The ear is modifiable,” said Walter Wilczynski, a professor in the Neuroscience Institute at Georgia State. “It’s plastic. It can change by getting better or worse at picking up signals, depending on particular types of experiences, such as listening to social signals. If frogs have a lot of experience hearing their vocal signals, the ones that are behaviorally meaningful to them, their ear changes to help them better cope with processing those signals.”

Each species has its own calls that influence social behavior. For instance, dogs bark, cats meow, frogs croak and humans speak using language. In animals, when males hear the calls of other males, they can determine if these males are getting too close in proximity or competing with them for females. When females listen to these calls, they can select the mate of their choice.

The findings could have important implications for elderly people in nursing homes or prisoners in solitary confinement, both of whom have little social interaction. Scientists already know a lack of social structure is a “huge risk factor for every neurological and psychiatric disease we know about,” but this study shows it could also have an effect on basic sensory function, Wilczynski said.

The study explored a phenomenon called forward masking, which occurs when a sound immediately precedes another sound someone is trying to hear and interferes with the ability to understand it. Because of the closeness in time between the two noises, the ear hasn’t finished processing the first signal before the second one occurs. This phenomenon can be detected with electrophysiological hearing tests.

Researchers used green treefrogs because they have a simple social system with only one or two vocal calls. The research team examined how animals detect socially meaningful sound after hearing their species’ calls for an extended period of time versus being in social isolation and only hearing random sounds. In the lab, the experimental group heard their species’ specific calls every night for 10 consecutive nights as they would in a normal social breeding chorus in the wild, while the control group heard random tones with no social meaning. Then the researchers placed electrodes on the skin near the frogs’ ears and measured the response of their ears to sound.

“What we find is that if they’ve had a lot of social stimulation, through their socially meaningful calls, the forward masking is reduced,” Wilczynski said.

In a previous study published in the journal Proceedings of the Royal Society B: Biological Sciences, the researchers found when green treefrogs heard social signals over several nights, not just random sounds, their ears were more sensitive to the amplitude (loudness) of sound and responded more robustly.

“If you have a lot of social interactions, a lot of social stimulation in the form of vocal signals, it’s actually modifying your ear and making your ear more sensitive,” Wilczynski said. “It’s making it easier to pick out signals in acoustically cluttered environments. And these are things that are not only important to frogs, which have to do this in a chorus, but to us, too.”

“My guess is people who have a lot of experience with our social vocal signal, which is our speech, this probably helps keep their sensory system in a healthy state that helps them pick out those signals,” Wilczynski said.

The researchers are unsure, however, how this change in the ear occurs or what particular change has been made, although they believe the modification occurs in the inner ear based on electrophysiological tests.

The study was led by Megan Gall, previously a post-doctoral researcher at Georgia State and now an assistant professor of biology at Vassar College.