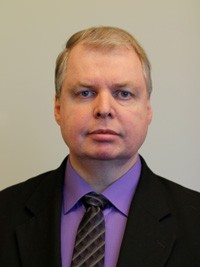 Olafur Palsson, PsyD, professor of medicine in the UNC School of Medicine, led a study investigating the emotional and mental impact of the COVID-19 pandemic in the U.S. The study authors are releasing their findings directly to the public in an effort to provide guidance and understanding to individuals and clinicians as the pandemic evolves.

Newswise — CHAPEL HILL, NC – The findings of a nationwide survey assessing the effects of the COVID-19 pandemic on the emotional wellbeing of the U.S. adult population have been released online. The survey was a collaboration between UNC School of Medicine and Harvard Medical School, and was quickly organized to gain an understanding of how individuals are responding to the stressors of isolation and quarantine, record unemployment levels, and the virus’ threat to their health.

“We were very careful to balance the demographics and geographic distribution of survey respondents so that it is an accurate representation of the U.S., and essentially a snapshot of the population,” said principal investigator Olafur Palsson, PsyD, professor of medicine in the division of gastroenterology and hepatology in the UNC School of Medicine.

The study consisted of a nationwide internet survey of 1,500 people conducted during the second half of May, when the pandemic was just beyond its peak in the nation. It is worth noting that the survey ended on May 30, five days after George Floyd was killed by a police officer in Minnesota. Nearly 90 percent of survey responses were collected before the movement across the U.S. to increase recognition of systemic racism.

“We saw that levels of concern or worry differed among different demographics including age and race,” Palsson said. “Women and men tended to experience similar degrees of emotional impact associated with the pandemic on average, but younger people were more affected by it than older individuals, and the Hispanic population seemed to be the most impacted emotionally when comparing ethnic groups.”

The study assessed a broad range of specific emotional effects related to the pandemic, and found that there were stressors that seemed to affect a majority of the population. Nearly 80 percent of respondents were frustrated on some level with not being able to do what they normally enjoy doing.  Around the same number were worried about their own health, and nearly 90 percent of those surveyed were more worried about the health of loved ones than before the COVID-19 pandemic.

“Most people have family or friends with chronic illness or health conditions that would make them more vulnerable to the virus, so worry about loved ones seems to be a shared feeling no matter who you are,” Palsson said.

The emotional and mental impact of the pandemic could have long-term implications on well-being. Palsson and co-authors Sarah Ballou, PhD, instructor in medicine at Harvard Medical School and director of gastrointestinal psychology at Beth Israel Deaconess Medical Center, and Sarah Gray, PsyD, instructor in psychology at Harvard Medical School and practicing psychologist at Massachusetts General Hospital, wanted to get the results of the study out as quickly as possible to aid in addressing what could be a growing mental health crisis.

“Understanding the psychological side of this pandemic has been somewhat neglected because there is so much else that is of concern right now,” Palsson said. “Our survey findings indicate that the anxiety and depression related to the emotional impact of these events are pushing more and more people into the clinical category of what is diagnosable as a mental health condition. We want people to seek the help they need.”

A list of resources is available on the study’s website (http://pandemicimpactreport.com/index.html), along with a downloadable version of the study’s findings.