Why do people go bald? Science finally has an answer 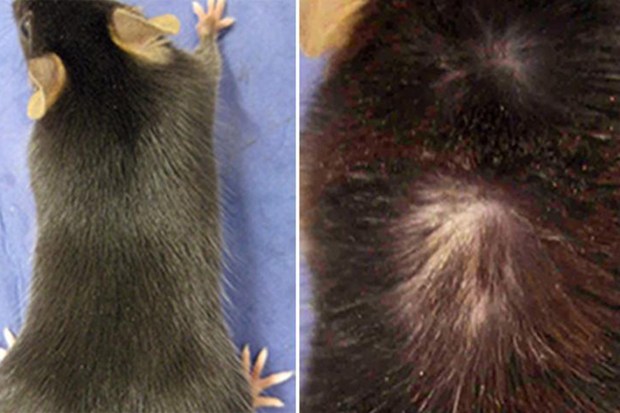 If you were wondering why your hair was looking somewhat less lustrous than in previous years, we finally have an answer for you: it's because your thinning hair is turning into skin.

For the first time, researchers have pinpointed a mechanism that turns age damaged stem cells in hair follicles into skin.

As it happens to more and more stem cells, the hair follicles shrink and eventually disappear -- leaving you hairless. It's the first time such a mechanism has been identified with ageing. Unlike stem cells elsewhere in the body, hair follicle cells regenerate on a cyclical basis -- a growth phase is followed by a dormant phase in which they stop producing hair.

To find out why hair thins, Emi Nishimura and her team at Tokyo Medical and Dental University began looking at follicle stem cell growth cycles in mice. They found that age-related DNA damage triggers the destruction of the protein Collagen 17A1, which in turn triggers the transformation into 'epidermal keratinocytes' -- or skin. When the research was replicated in humans, they found that follicles in people aged over 55 were also smaller, and lower in Collagen 17A1.

Hair follicle stem cells are now likely to be used as a model for studying more general stem cell behaviour. Researchers are keen to point out that stem cell depletion is unlikely to be the only cause of hair loss, but suggest that Collagen 17A1 could be used as a target for hair loss treatments.